skip to main | skip to sidebar

Birthday treat and the giveaway 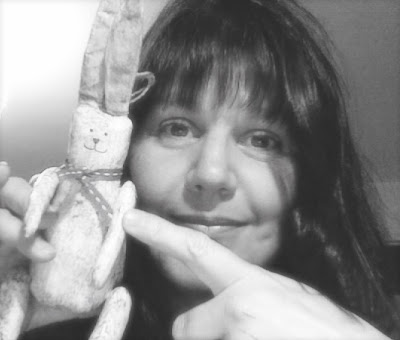 Its giveaway day!  And the winner is.........Annie from A Saucerful of Secrets.  E was charmed by your memory and could imagine the scene, cold night, golden light and biscuits!  So this little bunny is on his way to you when I can get your address.  Thankyou for all your memories it was lovely reading them.  I have lots of treasured memories of christmas, coming from a large family, I have three brothers and three sisters, christmas was always a very jolly time with lots going on and usually a house stuffed full of family and friends.  One of my warmest memories is when I got my first 'hard' doll (I had only had soft toys till then) I named her Sarah and my mum had knitted her a load of clothes and better still she came in a pram, an old fashioned (I think my dad had got it second hand) type that had a hood at both ends!  I had to share this with my little sister and mum had made all the bedding for that too. 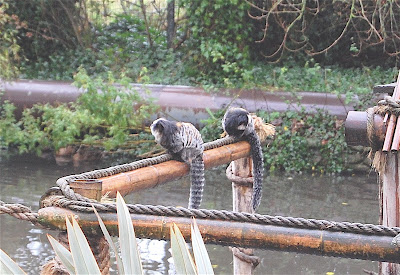 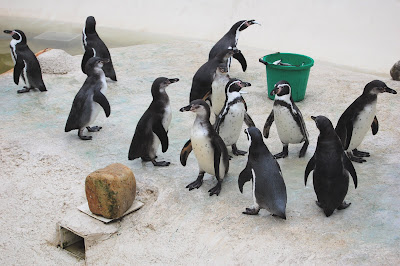 It was E's birthday yesterday and for his treat he wanted to go to the zoo!  He is only 48 you know.  We went to Newquay Zoo and although it is only tiny we were very impressed. I must admit that I do not like seeing animals in cages but as E says they are safer there than in the wild nowadays. As it wasn't a very nice day there were hardly any other people there it was almost like our own private zoo.  We saw the penguins fed and the lion, the penguins weren't fed to the lion I might add. 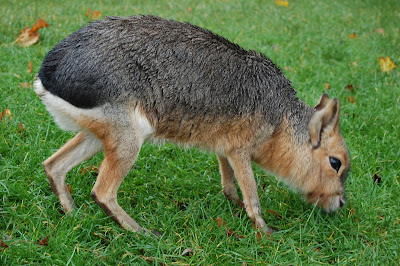 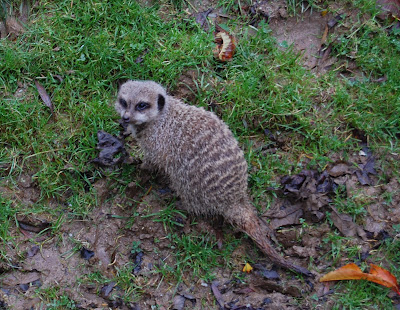 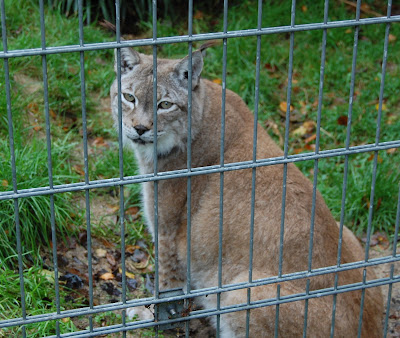 The meercats were so sweet there was a little one following the older ones around, even though they are safe in a zoo there was always one on lookout!  This Lynx was gorgeous and I could have reached over and touched it, it was so close.  The animals that totally charmed me were the marmoset's at the top who had an island on a pond to live on they were so cute and again there was a baby that must have only been about 10 inches long (never stayed still enough for me to get a pic) they chirped like birds and I could have stayed and watched them all day. It was a lovely day we thoroughly enjoyed ourselves and we will go back soon I think. 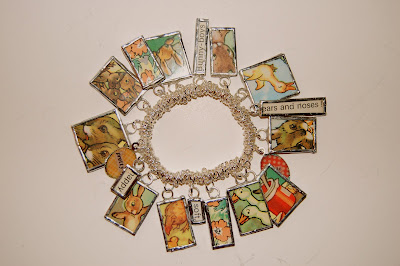 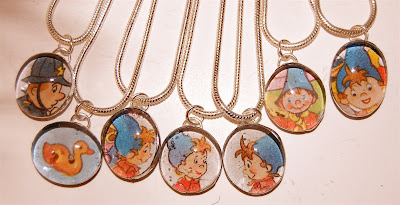 Here are Bunny bracelet and some Noddy necklaces that I tried to put on the last post, aren't they fun!
Posted by jane and the happy crow at Tuesday, November 11, 2008

What a great blog! I found you at Niki's...or was it Kim's...well welcome...your crafts are so cute!

A Saucerful Of Secrets said...

Hi Jane,How wonderful!I've not won a giveaway before.What a lovely chap,I shall have a battle keeping him to myself,Poppy will adore him.
I can't see your e-mail address,but I thought you could bring him to the VH FAir,it would save you the postage? I enjoyed recalling the memory,Thank you,Best Wishes from Annie x

Congratulations Annie... I can honestly say that the little rabbit is going to the best of homes!
I loved reading the Christmas memories too and it seems we have a very similar memory Jane of dolls and knitting!
Happy Birthday to E... One is never too old for the zoo!

I love the things you make - do you sell them??? Our little family go to the zoo every year when we visit our little Gite in France...its not our but we visit so often we feel like it is. I love the racoons best !!

Oh my what a beautiful blog you have! And your crafts are BEAUTIFUL! I was so happy to see you are going to open an etsy shop (I spotted your Noddy necklaces - I just LOVE Noddy)! =) Thank you for visiting me today! I've been told by some of my UK friends that Cornwall is very much like Cape Cod. I would love to see Cornwall someday. I'm adding you to my blogroll so I can visit regularly!

your jewellery is such fun love the bracelet, and noddy, well he is such a winner.
I do agree with you about animals in cages, not nice to see is it.
Jan

The fabric of my life said...

Wow, Jane I LOVE your Noddy necklaces and bunny bracelet, how gorgeous! Sadly I can't go to the Handmade Fair but look forward to your Esty shop opening soon.
Donna x

HI this is a test to see if my pass word works!

Hello Jane
Great to hear from you.
I have had a quick look through your blog and it is so interesting with such wonderful work (as always).
Looking forward to visiting regularly now.
Stay in touch
viv

Hi Jane
Good to meet you on Saturday. I loved seeing your work, it is quite beautiful. I have just finished unpacking the boxes from Saturday & have found the dolls dresses! If you email me direct i will give you the details if you are still interested. many thanks, Lizzie (jltg40@aol.com)

You have a lovely blog and I love the bunny, I'm not sure we met at the fair, I was a little overwhelmed and shy by it all and hid behind my painting. I'm so pleased there are so many photos on the blogs its brought back my faith in blogs brought them alive for me. Hope you had a wonderful day.

Congratulations Annie, it could not have gone to a nicer lady.
Carol x 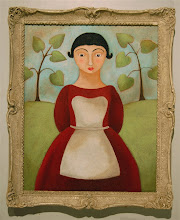 Pop over and see news of my artwork jane and the happy crow
I am a full time artist living in the wonderful county of Cornwall. I love vintage almost anything: from fabric to toys to china to books. I am constantly influenced by my collective tat that makes my 'nest' around me and just living here among the many galleries and artists is a real delight to me. I hope you enjoy sharing a little bit of my world in the ramblings on this blog, I look forward to your comments and friendship.

You can be influenced by my work but please dont copy it! 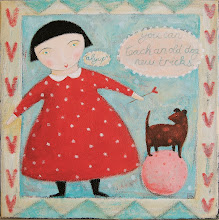 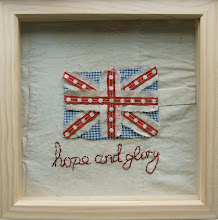 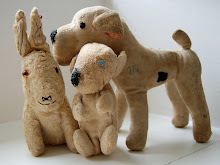 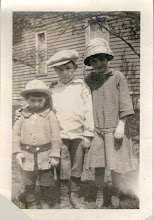